16 Surprising Things the Rich Do that Others Don’t

All of us are born in this country in the same post-industrial media drive country. In theory, if we pay attention in school, do what we are told, go to work on time, pursue our dreams, and don’t break any major laws,then we should wake up one day successful and contented. Most of us accept this as being true but, by virtually every measure, the gap between the rich and the poor is growing over time.

Oddly, the net worth of the middle fifth of Americans has only changed from $52,000 to $65,000 in that same period of time. What makes this growing inequality even more mind numbing is that the federal government declared a war on poverty in the mid 1960s to pull up Alabama’s poorest households. Food stamps, Medicare, Medicaid, the school lunch program, welfare, the Voting Rights Act, Head Start, school desegregation, fair housing laws, student loans, Pell Grants, subsidized mortgages, even free cell phones were all designed to turn the have-nots into haves and deal with institutional inequities in this country. These programs have helped millions of Americans (at the cost of $trillions in tax dollars), yet the ultimate goal of ending poverty in this country has completely eluded us as a country.

Most of the millionaires today are first generation millionaires and people of all races, ethnicities, and backgrounds (including many whose families weren’t even in this country in 1962) have seen their fortunes soar over the last half century. Millions of Americans have shared in this upward mobility; but many of the families that were impoverished in 1962 are still impoverished fifty years later. This perplexing dilemma has led many researchers to take a new look at the habits of the rich versus the habits of the poor to see what role (if any) personal decision-making is having on the wildly varying personal outcomes.

The behavioral differences between the two groups in the research turned out to be far more than just the differences in income and bank account.

First of all rich people are readers and they encourage their children to be readers.

The research shows that rich people are much more focused on planning than poor people are.

* 70% of the wealthy in the study eat less than 300 calories of junk food per day; where 97% of poor people eat more than 300 junk food calories per day.
* 76% of the wealthy exercise aerobically four days per week; while just 23% of the poor do that.

Contrary to the image of the money focused “Scrooge” of Dickens’ ‘Christmas Carol’ today’s successful elites have more of a people focus.

If you think that network television has become coarser and cruder over time you likely are right. The wealthy watch less television.

* 67% report that they watch one hour or less network TV per month versus just 23% for poor people.
* 6% of the rich are reality TV viewers versus 78% of poor Americans.
* Only 23% of the wealthy gamble; but 52% of the poor do.
* 44% of the rich get up out of bed more than 3 hours before work while only 3% of poor people do.
* 84% of rich people believe that good habits create opportunity luck versus just 4% for poor people.
* 76% of rich people believe that bad luck is causes by bad habits. Only 9% of the poor believe this.

Take an hour and reflect on your own life. Do you live this life like a rich person: reading, learning, planning, preparing, eating three square meals a day, networking, improving? Or like a poor person: watching the latest Kardashian divorce drama, watching Maury Povich deliver paternity test results, rolling into work 30 minutes after rolling out of bed, eating cheetos, texting your same old friends about football games, and only growing fatter over time?

Your individual choices: each day and every day ultimately influence your outcome in this life and whether or not you maximize your opportunities in this life or are swept aside in this economy in favor of someone else is in large part due to the cumulative effects of your own decision-making. For more information on how you can change your future and become more like the rich, click here.

16 Surprising Things the Rich Do that Others Don’t

All of us are born in this country in the same post-industrial media drive country. In theory, if we pay attention in school, do what

Achievemephobia – The Fear of Success I know, I know… This sounds crazy. Why would someone fear success? Doesn’t everyone want to be successful? Theoretically,

In order to reach our goals, we all need resources. Whether financial, time, labor or other, resources are necessary for us to achieve anything in

All of us have seen people who always are happy–even in the middle of agonizing life trials. I am not saying happy individuals do not

The fears that are holding you back

On tonight’s Divine Prosperity, we’re discussing the common fears that might be keeping you from reaching your full potential, and how to overcome them. 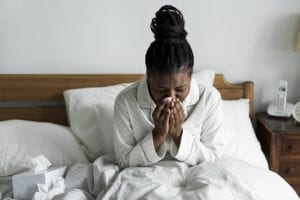 Coronavirus and the Workplace – Compliance Issues for Employers

As the number of reported cases of the novel coronavirus (COVID-19) continues to rise, employers are increasingly confronted with the possibility of an outbreak in the

We will coach you and help you achieve your goals.
At Trustway, we can help you every step of the way.