6 Contract Mistakes That Can Kill Your Business 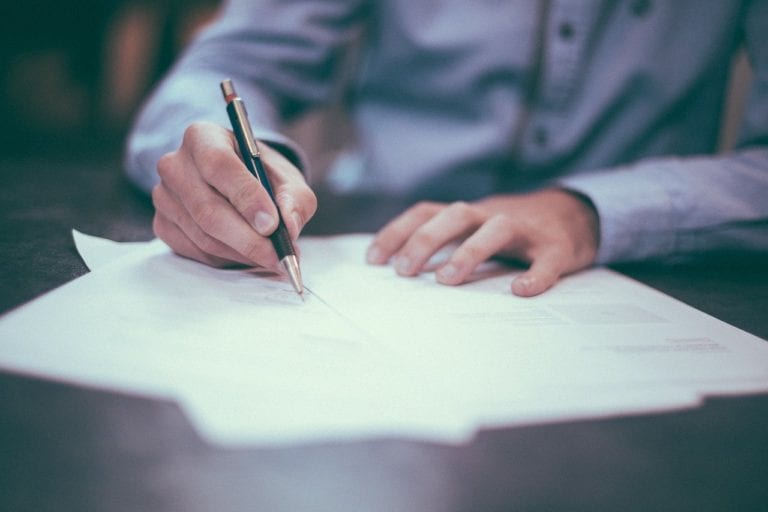 1. Sign Here – Being a business owner can definitely be an appealing endeavor. It does mean, however, that you have to come up with your own customers and clients as well as deal with contracts. More often than not, owners don’t typically read or even fully understand contracts before signing. The problem lies in the fine print. You may have agreed to things you didn’t really want to beforehand.

I was watching a show on Netflix the other day called The Almighty Johnsons. It’s not a bad show. In the episode, the 4 brothers wanted to get one of the brothers married. A marriage contract was signed. Before the marriage, however, they found out the bride wasn’t really who they thought she was. When they tried to back out, Loki informed them that the brother that guaranteed the contract would have to die. Now that’s a stiff penalty!

2. Due Diligence – Do a bit of research on the people you’re getting into agreement with before you sign. Once the contract is signed, verifying the facts can become a moot point. Doing your research beforehand can help alleviate the possibility of the headaches. Google, LinkedIn and other people they have done business with are great places to start.

3. Slow Your Roll – Don’t get started before the contract is signed. I see this all the time (and admit I did it in the past). The problem is when you start on something before you have written agreement, you lose control and protection that the contract can provide. A contract is a legal document that defines what both parties are agreeing to.

A number of years ago, I started work for a client that assured me that he would sign the contract ASAP and get it back to me. The contract was worth $125,000. Believing I had it “in the bag,” I went ahead and hired people needed to complete the contract. Two weeks later, the client informed me that he had to go in a different direction. I was already $20,000 into the contract that was never signed. Expensive lesson!

4. Speak It or Speak Out – Contract terminology doesn’t always mean what we think it does. It’s a good idea to have someone else take a look at the contract to make sure that you’re reading it right as well as understand what everything means. Remember: the devil’s in the details.

5. Ask Questions – More often than not, it comes down to the things that aren’t spelled out in the contract that cause trouble. Ask questions. Get all the answers before you sign. In business, where you get blindsided is what costs you the most time and money. Ask questions like:

Get your questions answered and added to the contract so everyone is on the same page.

6. Set Clear Boundaries – One massive issue both freelancers and business owners run into with contracts is not setting clear guidelines for dealing with added requests and modifications. It becomes easy to get roped into lengthy and costly add-ons and modifications that weren’t previously agreed upon nor budgeted. This can take a profitable agreement and kill profit margins.

One of my clients, a commercial contractor, had a job that was worth quite a bit of money. Throughout the build, the client began to ask for things that weren’t in the original agreement. It included everything from modifications required by building inspectors to building modifications to fit equipment that weren’t in the initial architectural drawings. He completed the change orders without getting anything signed. At the end of the build, the customer refused to pay for the extra. That was a $66,000 mistake.

One of the jobs of a business coach is to help you avoid these and other mistakes that can blindside you in your business. Schedule a no-obligation consult on how you can grow your business here.

The Law of Magnetism

The Law of Navigation

“A leader sees more, sees farther, and sees before others.” LAW #4 – The Law of NAVIGATION  “A good leader remains focused. Controlling your destination 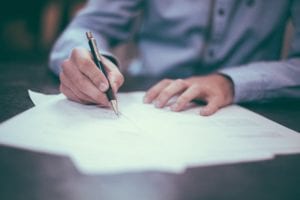 6 Contract Mistakes That Can Kill Your Business

1. Sign Here – Being a business owner can definitely be an appealing endeavor. It does mean, however, that you have to come up with

We’re talking 6 of the biggest things that make businesses fail. If you own or want to own a business, you need to listen to

Today we are talking about how to grow your “leadership muscle”, some affirmations to help you get in the right mindset and stay in that

We will coach you and help you achieve your goals.
At Trustway, we can help you every step of the way.